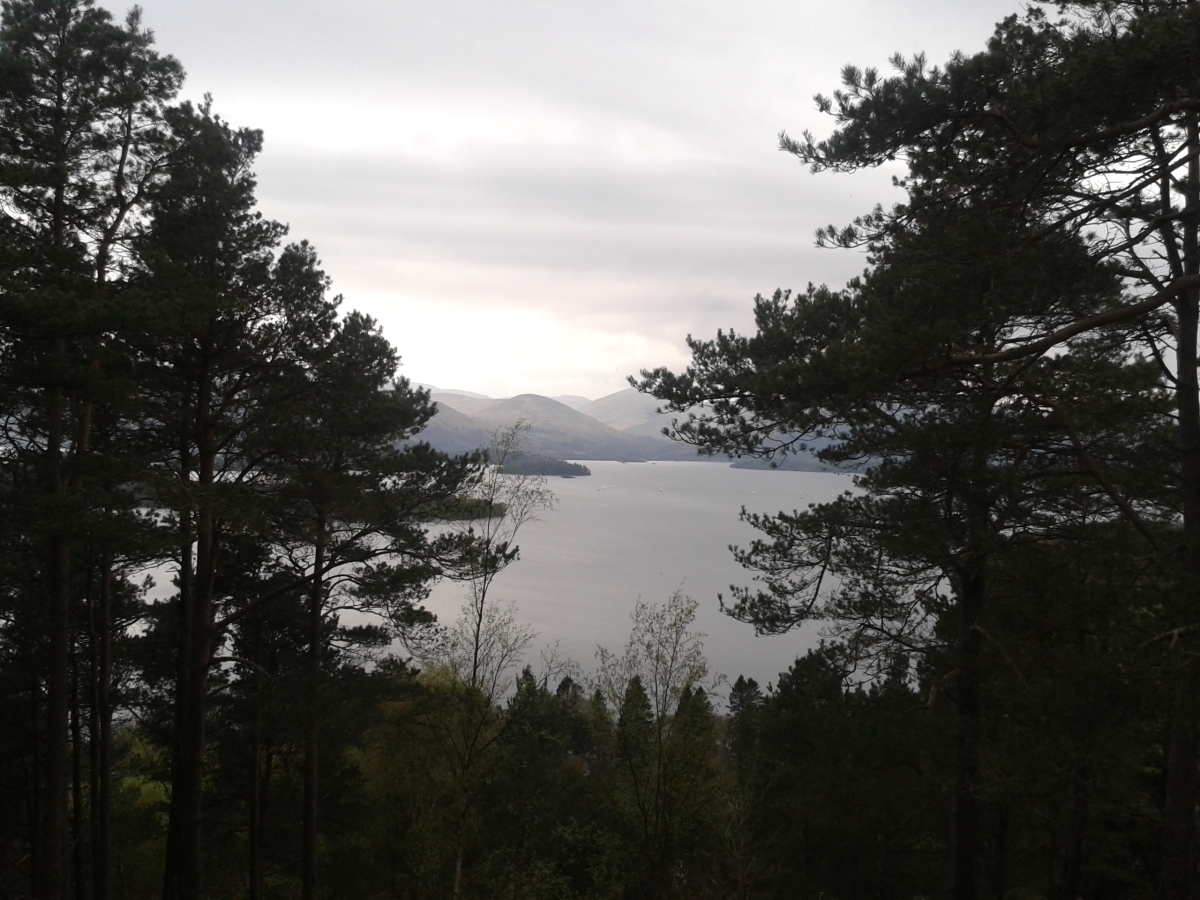 I was part of a creative writing club at school and every Tuesday lunchtime we would gather around the tables in the library, write for twenty minutes or so and then share what we had written before heading back to lessons. The English teacher who ran the club, along with the lovely librarian, would spend the week devising writing exercises to help us develop our understanding of English Literature. Sometimes these exercises focused in on specific literary devices (such as the Alliteration Writing Exercise I shared recently) or aimed to develop our skills at writing speech, developing characters and using plot devices. Many of these exercises double as resources to combat writer’s block.

One week we were all given a quote and told to use that as our first sentence. It was the first line of John Keats’s poem When I Have Fears That I Shall Cease To Be. As a result of this exercise I wrote my first ever sonnet. I have been reluctant to post it as the rhyme scheme is a little forced and a bit dramatic as a result. As ever, any comments and constructive criticism you can provide would be greatly appreciated. I propose that next time that you have writer’s block, you open a book at a random page and take the first sentence as the start of your new piece. Just make sure that you acknowledge what you have used as your inspiration as I have done here, or that you change the sentence should you ever pursue publication. Plagiarism must be avoided at all costs!

When I have fears that I shall cease to be
Before I reach the age of twenty-one –
Shame is that time was not increased by three
Years of life together, we achieved – none.
Death has hacked dreams of freedom into dust,
Reduced rivers of Hope to streams of mud,
Yet, Sweetheart, press upon you this I must:
For one more kiss I’d sacrifice all blood –
I would endure the agony again,
Treasure each second of waiting. I’d savour
Broken hearts for this eventual gain.
I only regret that we had not told her;
Having made my choice – I make it anew:
That I shall be, eternally, with you. 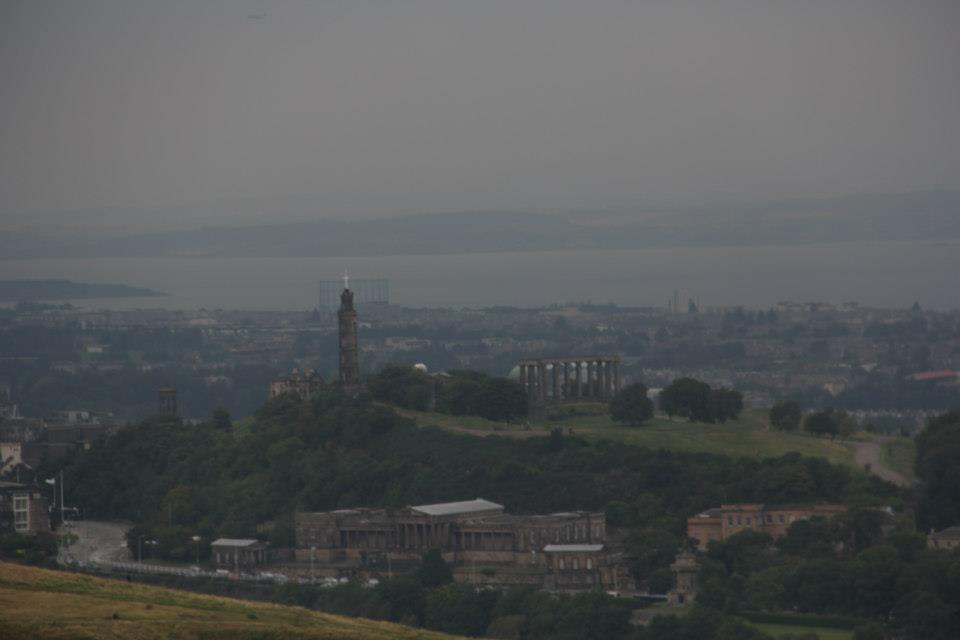 Edinburgh mist –
No city could wear it so well
Such graceful elegance –
The sea settling like a shawl.
Not here the oppressive shroud
Wrapped around London’s East End,
Smothering the living
Rather than respecting the dead.

Here the wind doesn’t howl
Or cry or moan –
But rushes up to greet you
In a big, friendly, yet cold, hug,
Roughly caressing your face
Absent-mindedly, yet ever affectionately
Messing up your hair…

Here the rain does not drown you
But washes you clean –
It doesn’t mean
To slap you in the face –
Aiming more for the wet, sloppy kisses
Your grandmother used to give.

The weather is Edinburgh’s welcome.
Not as the warmth of the home-fires burning,
Not with nostalgia of freshly baked bread –
But the damp cold that settles in your bones
Is what lets you belong.
Some are sent scuttling to warmer climes
But for others it freezes their hearts
Keeping them locked in the granite forever. 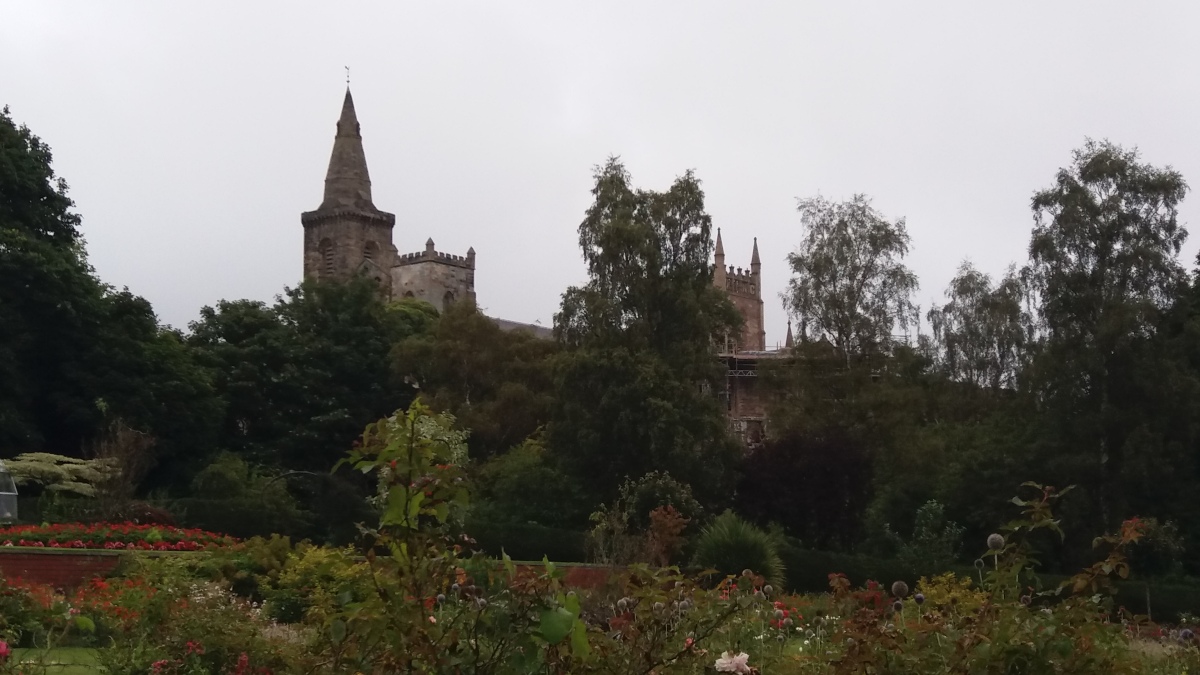 Listen to the Bees

I’ll take you down to see the water,
As was your dying wish.
To hear the river bubbling by,
To see the silver fish.

I’ll lay you down on grasses green,
Surrounded by meadow flowers,
To smell their sent, to hear the bees,
In your last few hours.

So you can gaze across the valley,
And see the church among the trees,
There your eyes may close, and forever be at peace,
Surrounded by the meadow flowers, and listening to the bees. 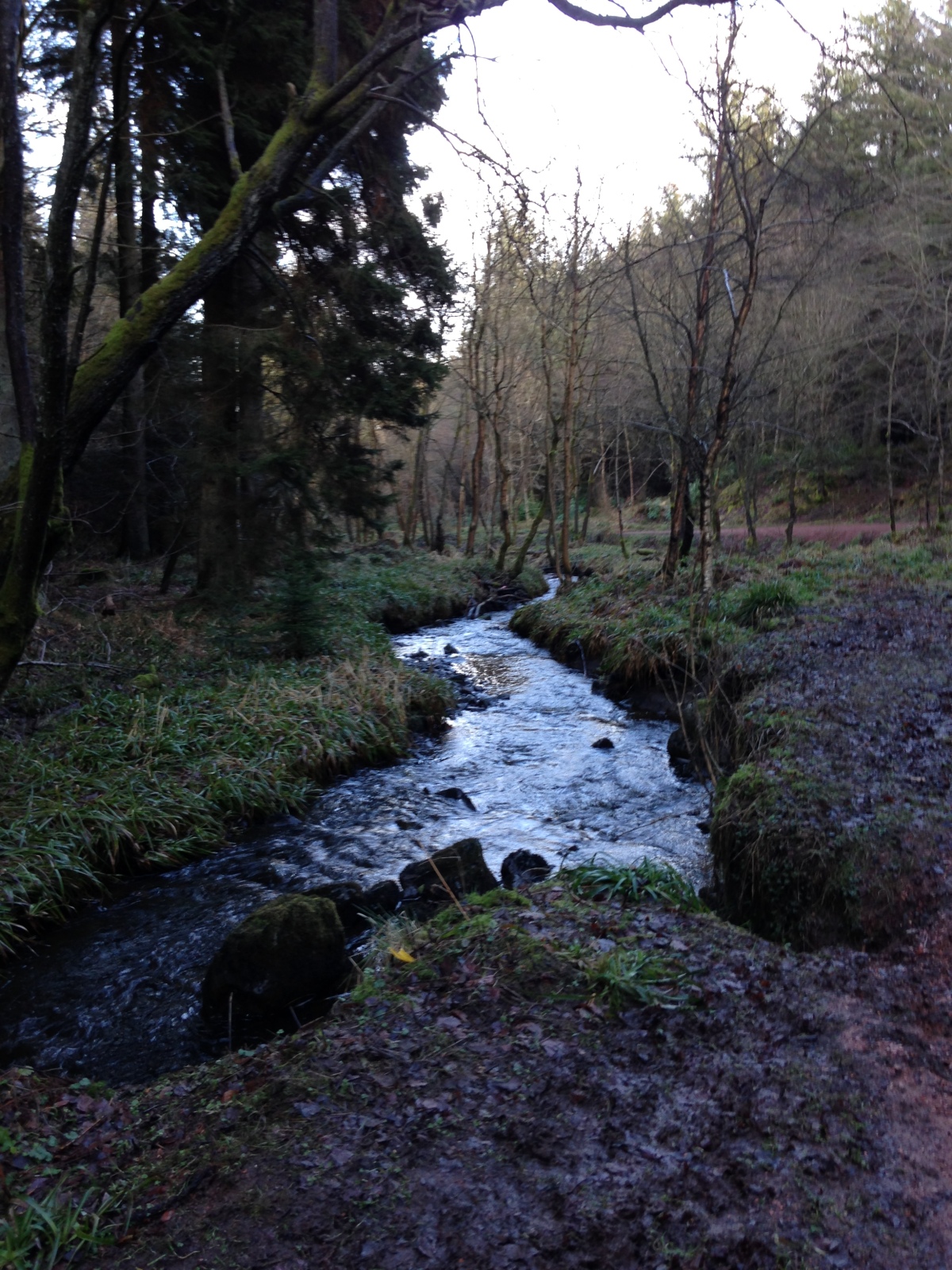 I made a comment in my post yesterday about how I felt I would never move beyond being a hobbyist poet because my poems are largely expressions of personal feeling rather than being widely relatable, containing strong generalised sentiment or making a strong statement. I mentioned that this was a criticism that I had faced a number of times when participating in the slam poetry scene at university. It wasn’t that all my poems where bad but different poems do different things and as a Fresher at university it took me a while to understand that.

The poems I’ve posted over the last couple of days are good examples of why most of my writing is not ‘slammable’.  The poem Hunters received a positive response from friends and at the writing club when I wrote it, but the amount of description and imagery it contains, is smudgy at a slam event. The poem I posted in Grief about the death of my father, is perhaps too personal, so whilst it is more suitable to being read aloud and performed, it doesn’t deliver what a slam requires. The poems that my companions in the university writing group (many of whom have gone on to be successful professional poets) were powerful, energetic statements. As I said yesterday, they made statements, not just expressions.

However, whilst I was in my second year (just before I entered into that particularly destructive relationship which I documented a couple of weeks ago in New Year – New You and two years before I met my now husband) I took part in a slam that was being held in a local pub, rather than at the university. I got into the semi-finals. Now it wasn’t really much to do with the location and a large number of the usual faces were there from the uni slams , but the poem that I performed was different. It was broader, more relatable and is the only poem I have ever written that has the suggestion of mild humour running through it. Perhaps it contained a few statements too. It was certainly trying to make a point to the person it addressed. I have typed it out in the way I type poems out before a slam so that the performance notes are essentially incorporated into the text.

This is not a love letter
This is a business proposal.
We’re in a time of recession
A stressful situation
I’m sure you’ll agree
And we’re told (repeatedly) that
Networking
Has never been more important

So let’s form a cooperative,
Work as a collective
Take opposing seats in the boardroom
For when have we ever not debated something.

This is not a love letter
This is an international negotiation.
Ours would be a special relationship
Like Great Britain and the U.S.A.
You might appear bigger, brighter, more advanced
Than this small island
But I too have learnt to punch above my weight

This may be called:
Tenacity
Audacity
Pure bloody obstinacy,
Especially by those who consider you
Out of my league.

This is
Not
A love letter.
This is a request of allegiance.
I may not have the golden hair,
Gem-stone eyes,
Or marble skin of traditional economy.
I have coal in my bones,
Copper in my hair
And a spirit of steel.
Hands made of Kevlar
Heart a nuclear bunker

So let me include you
Amongst those I swear to protect
No matter what the cost
For friendship has no budget cuts.
And this is not a love letter
Unless you want it to be. 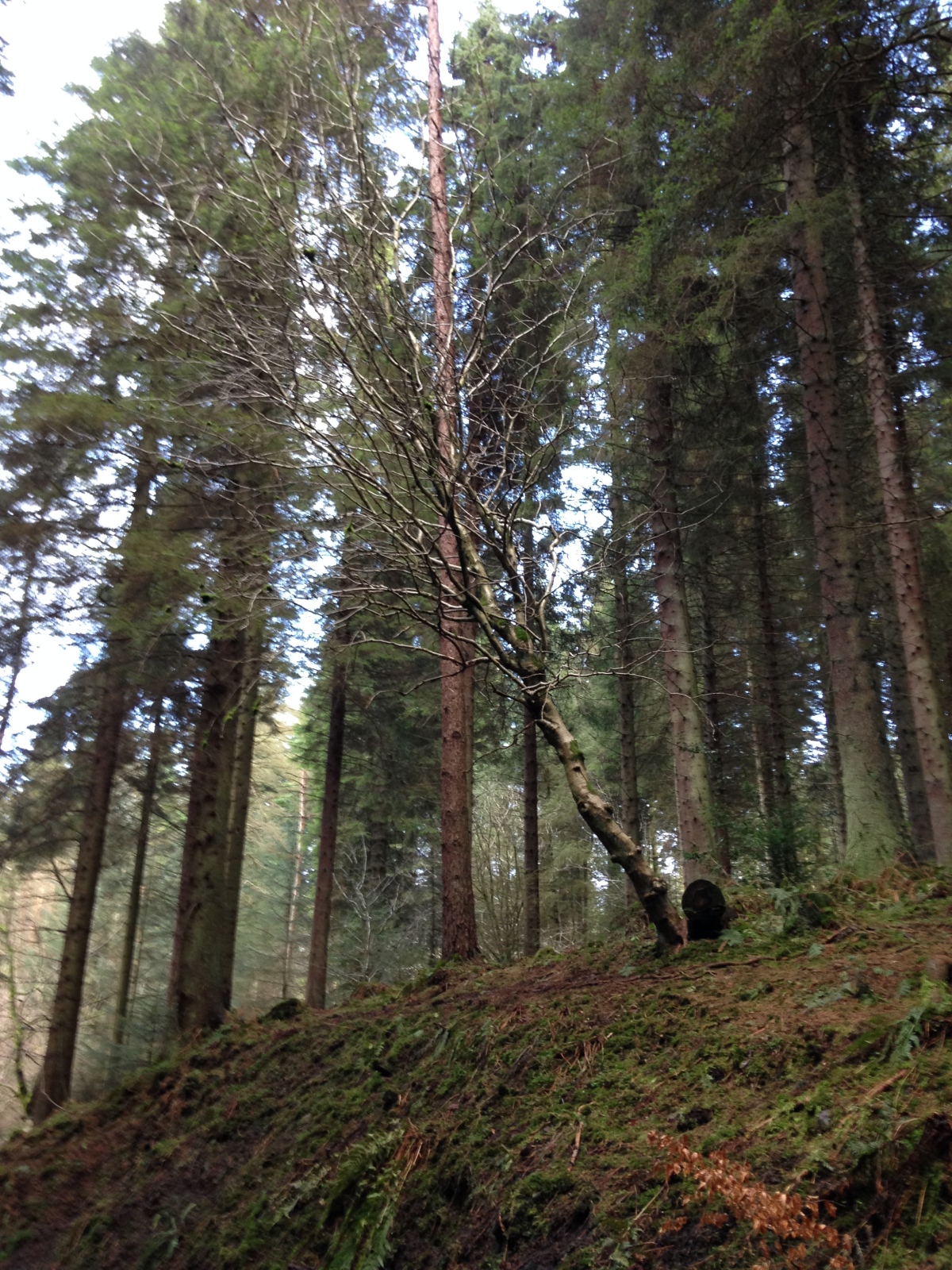 Another reason I started blogging was to get me back into writing. I mentioned in Breakthrough that I have sent off an application for postgraduate study. One of my biggest concerns was whether or not I would be able to produce written work of the same standard I did for my undergraduate, let alone the quality required to score high at Masters level.

There’s also the skeleton of a novel rattling around in the back of my mind. I have never written seriously before. Not with a deliberate goal. From the time I could write I was scribbling (the only adequate description for my handwriting) silly stories and adding rather squashy drawings as illustrations. I started writing poetry when I was about 9, because my friend had to write a limerick for homework and I fancied giving it a go. As a teenager these poems got particularly morbid and dramatic, but they potentially served a subconscious purpose of keeping my mental health issues in check. I would get anxious or overwhelmed or upset, and pour out my feelings as words (I guess as I have been doing whilst blogging) and it eased those emotions.

When I was at university I joined a couple of writing groups and participated in a few slams. Some poems were well-received, sometimes I froze on stage and some poems just didn’t fit the set up of poetry slams. A number of my poetical friends frequently post their work on social media, but I feel too shy to do that. My writing has been mainly for fun or for catharsis; a hobby rather than anything I took particularly seriously or considered professionally. But as I have been blogging and sharing other intimate experiences I thought I would post up a couple of my poems, as another anti-anxiety milestone if nothing else. Often it is the anticipation of doing something and all the imagined negative outcomes that causes the anxiety and I do hate to be beaten by my own mind. So, as much as it scares me, I’ve posted a poem that I have shown a few friends in the past, so at least its had other people looking at it before. Its speaking to my oldest friend.

We grew up under the same mountain
Ash and Sycamore;
I, small and pale,
You, tall and rustic.
Playmate, rival, sounding board –
You rounded me;
As the river
Carves
The chalk.

Ours was always competition:
You – older, bigger, stronger;
I – younger, faster, bolder.
Our playground squabbles,
Practice for a wider arena –
Sparing partners united
Against a splintering world:
Blood sisters.

But then –
We fell in love
With a shadow
Passing over the mountain.
A hawk –
Hiding in the sun,
Only visible
By its shade.

You chased with your bow;
I courted with my quill.
Hurling bolt after bolt,
You tried to bring it down –
Hold it captive:
A trophy of your mercy games.
I seduced with song –
Letting it soar
To watch its full glory.

I haven’t taken part in any slams, or even written poetry, for a few years now and I am really nervous about posting this online. If you have any feedback or comments please get in touch!